Given the current LoveOzYA theme is ‘country,’ it seemed a good time to share my review of the historical fantasy novel, Cassandra, which is set in rural Queensland.  In her debut novel, Kathryn Gossow interweaves Greek myths with a coming-of-age story to great effect. 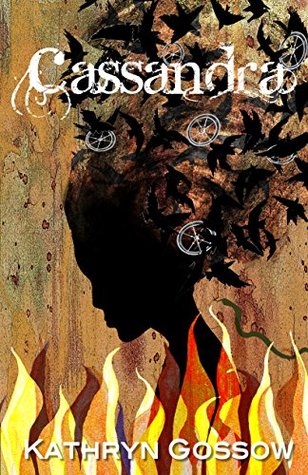 Ever since she was bitten by a snake as a toddler, Cassie has experienced glimpses of the future. Her visions are as frightening as they are confusing: she sees betrayal, death, and the devastation of her family’s farm. Everybody dismisses her prophecies. As her family tears itself apart, Cassie must find a way to prevent the doom which threatens them all—even at the cost of her own sanity.

If you’re at all familiar with the Greek myth of Cassandra, your eyebrow may be raised. The story is strongly influenced by the epic cycle of the Trojan War.

Gossow evokes a sense of the otherworldly while capturing the storm and stress of a difficult adolescence. Make no mistake: this is not some kind of antipodean Percy Jackson, nor is it a light read. The novel deals with confronting themes—substance abuse, infidelity, sexual assault, and the breakdown of the family unit—but never descends to the level of sensationalism. Thanks to her sensitive characterisation of Cassie and her family, Gossow overcomes the challenge of crafting a sympathetic teenage character. I don’t remember the last time I read a story which captures the loneliness and isolation of youth so well, the desperation for a sense of connection.

Life fills every page. The narrative voice captures the protagonist’s sense of curiosity and wonder. It is heavy on metaphor and simile, without slipping into purple prose. Gossow imbues her description of the Queensland landscape with sensory details. You feel the shudders as a serpent creeps over young Cassie’s skin, hear the warbling of magpies in the backyard. One of the great strengths of the novel is the sense of authenticity in its portrayal of rural Queensland of the 1980s. Cassandra is peppered with pop culture references sure to provoke nostalgia in many readers. Crank up the Midnight Oil and pop a tape in the Betamax! As an aside, I grinned like a loon at the reference to Doctor Who, which has as much significance for the younger generation today as it did during the 80s.

This story might be considered a case of magical realism, albeit with a classical flavour. The story is chock-full of mythological allusion. The most obvious example is Cassie’s best friend, her intellectual neighbour Athena. Athena’s bearded father crafts images of humans and is a philandering troublemaker, just like his mythological counterpart, Zeus. Let’s be frank, 90% of problems in Greek myth start when Big Z can’t keep it in his pants. Yet the mythological influence is understated—Gossow’s Athena might not have a mother, but I don’t imagine her being born directly from her dad’s head as in the Homeric Hymns. The presence of the gods is manifest throughout the novel, but the supernatural elements are for the most part limited to Cassie’s visions. Even then, we are invited to view them in New Age terms—one of the keys to Cassie’s clairvoyance is her mastery of tarot. The decision to interpret ancient concepts of the paranormal using a modern one absolutely pays off. The mythological allusions are naturally integrated into Cassie’s journey toward adulthood, and never feel forced or intrusive. On a deeper level, though, I feel Gossow deserves praise for her creative exploration of questions at the heart of Greek myth regarding human agency and predestination. To what extent can humans control their own destiny? Is it a blessing or a curse to know the future? Gossow has the wisdom to avoid prescriptive answers. It is enough, perhaps, simply to question.

As a Queenslander who is more than a bit partial to Greek myths, I’m really glad this novel exists. Cheerfully recommended.

#LoveOzYABloggers is hosted by #LoveOzYA, a community led organisation dedicated to promoting Australian young adult literature. Keep up to date with all new Aussie YA releases with their monthly newsletter, or find out what’s happening with News and Events, or submit your own! 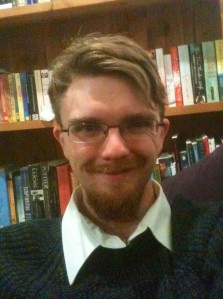 I'm the author of the acclaimed Ashes of Olympus and Tooth and Blade trilogies. After my PhD in Classics at the University of Queensland, I did a brief stint as a schoolteacher, hated being called ‘sir,’ and dived into storytelling. I'm an occasional blogger, but here you'll find essays, discussions of my research and creative work as well as the relationship between history and fiction. Email me at jbarrauthor@gmail.com